What lies at the heart of effective organizations in business and other sectors? This was the question posed at a weekend forum for a small group of business leaders, held at Ampleforth College in North Yorkshire from 15 to 17 April. It was hosted by Dr John Carlisle, founder of Cooperation Works, from Sheffield and promoted by Initiatives of Change UK’s business programme. The two-day event was a chance for them to share best practice from their companies’ experience. 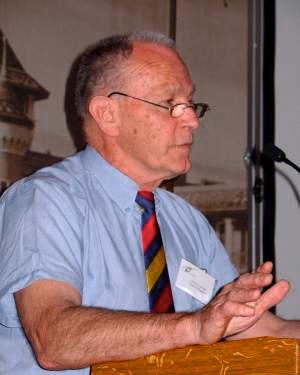 Carlisle emphasized the systems thinking of W Edwards Deming, which had been fundamental to Japan’s rebuilding of its manufacturing after World War II. His deceptively simple admonition was: improve the quality (do it right first time), then cost goes down and value up in a culture of cooperation. The leadership would encourage continuous improvement, by the reduction of variation and elimination of process errors. This would delight the customer and grow demand.

Deming’s model for companies was that of an orchestra. All players depend on each other. They do not compete. The aim is the most beautiful rendition. Therefore it was imperative, said Carlisle, to ask the question, ‘What is the purpose of the organization?’ and have this clearly spelt out in simple terms. ‘It is not about making money,’ said James Miller, the weekend’s co-facilitator. Money and profit were essential, like the oxygen that the human body has to breathe in order to survive. But it is not the purpose of the human being. Equally, effective organizations clearly defined their purpose and core values. Money and profit could too easily become a surrogate for everything.

In a prescient statement which companies such as GM and Tesco seemed to have overlooked, Deming had urged, ‘Don’t go for increasing your market share. Grow the market.’ Even Toyota fell into this trap in the early 2000s, and more recently VW, paying a heavy price in loss of customer confidence.

Carlisle’s experience as a strategist in the construction industry demonstrated unequivocally that the most successful projects were those that developed a climate of cooperation with all the contractors and stakeholders. Their early involvement in the planning was fundamental in preventing bottlenecks and waste, and cutting costs. There was no point, for instance, in laying the tarmac for a car park if the roof of a building still needed to be installed using caterpillar cranes that would tear up the surface. In one major supermarket store build this would have happened had not the roofer been present at an early planning meeting.

A Yorkshire business leader said that what is morally right is always economically, if not optimally, viable.  He urged the need for ‘transformational leadership’, adding that ‘change starts with me’. He told how his company was committed to environmental and planetary sustainability which he described as ‘the issue of our generation’. He added that ‘you’ve got to live with integrity’, not least in the small matters. For instance, he always paid for whatever he had from the canteen, no matter how small, even though he was the company owner, ‘because these things get noticed’. He said that companies were communities and ‘people matter’.

He also shared his experience of following ‘quiet hunches’. ‘Is there a flow of ideas? Does it have a ring of rightness?’ He told how he had followed a hunch not to delay a talk with an employee who came to him just 15 minutes before an important board meeting. It turned out that his brother was dying. The businessman was grateful that he had taken the time to talk with him. ‘What was the greatest priority of that day?’ he said. 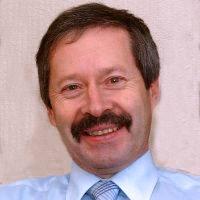 Occupational health businessman James Miller, originally from Aberdeen, also advocated the systems thinking of Edwards Deming who had said that 95 per cent of mistakes are caused by faults in the system. Miller said that a report by the National Audit Office in 2005 estimated that up to 34,000 people died each year in the UK health service through human error in the NHS. This was exacerbated by a climate of mistrust and fear created by the management and regulator. This led to insufficient learning because of a fear of blame and subsequent cover-up.

The airline industry, on the other hand, had a culture of sharing and learning from mistakes in order to avoid catastrophic accidents, Miller continued. The Boeing B17 Bomber had been involved in a series of inexplicable runway accidents. When it was investigated it was found that two cockpit levers, one for the wing flaps and one for the undercarriage, looked exactly the same and were next to each other. At times of a stressful landing the wrong lever was operated. This was a system failure in the design of the cockpit controls which explained the errors. Redesigning the levers to have a small rubber wheel and a flap to identify them resulted in no further accidents.

Miller, who was Managing Director of Abermed occupational healthcare company for workers on the North Sea oil platforms, told how his company had increased its market share from eight per cent to 70 per cent in providing medical services to the international oil and gas industry. Abermed had a clearly defined purpose, based on the World Health Organization’s definition of health, and ‘there was a real pride in how we operated. You have to have a level of core principles that are absolute,’ he said, including ‘no lying’. It was a question of building a community that had a clear purpose.

The Benedictine Monastery of Ampleforth and its beautiful surrounds were a suitable setting for the whole group, even for those with no faith. Among the learning thoughts captured in the final session were: to look more closely at the business as a system; focus on the individual; conscience-based decision-making; teamwork; the divine influence and a notion that a ‘rich’ God has a plan for the world; the realization of divine inspiration; moral imagination and consciousness; the new paradigm of a global consciousness and context; mentoring accompaniment; and building quiet time and silent reflection into the order of the day.