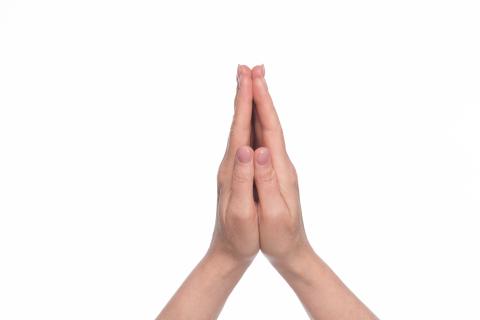 The Lord’s Prayer of Jesus is one of the most well-known prayers, and most repeated of texts, in human history. The vast majority of the world’s two billion Christians probably know it by heart, brought up on it since childhood and, for regular church attenders, declaring it Sunday by Sunday. Many of other faith traditions may also know it.

Yet few of us take the time to reflect on the implications of what we say and too easily take for granted. Many of today’s generation, at least in Western Europe, are brought up with hardly any knowledge of its significance as a central text of the world’s religious and cultural heritage.

A March 2012 survey for BBC TV’s Newsround found that British children aged six to 12 are twice as likely to say that religion is important to them compared with 40 years ago—but they are now only half as likely to know the text of the Lord's Prayer. Part of this, of course, may be explained by the increase in the number of children of other faith traditions.

Yet the Lord's Prayer, if taken seriously, has the power to shape our lives and create destinies. At its heart is a revolutionary concept, a universal declaration of divine dependency: “Thy will be done on Earth as it is in heaven.” All in the prayer that comes before this central petition says why—the need to honour God our creator; all after it says how: by feeding on “the bread of heaven”, Jesus himself, day by day; by forgiving and being forgiven, by resisting temptation and avoiding evil.

In the original Greek, the word used for Earth translates as “cosmos”—not just the Earth but the entire universe. Yet God’s will for the Earth has to be fulfilled person by person, one by one. We are all involved. The way that God’s will is done on earth is for it to be done in each of our lives individually. Thy will be done in my life. As Archbishop François Fenelon (1651-1715) put it: “The peace of the soul consists in an absolute resignation to the will of God.”

It sounds like the very denial of freedom and our personal autonomy. We want to “be ourselves” in order to find our fulfilment. We’d rather follow our own will for our lives. Yet if we are created, as Christians believe, in God’s image and likeness, so also in his will lies the flowering of our personalities and talents—the fulfilment of our potential in life. Heaven is where God’s will is done; doing God’s will leads to heaven.

Yet this is also the path of the Cross: the big self-centred “I” of my ego is crossed out by the “Thy” of God’s will for my life. Paradoxically, that crossing out of self-will leads to our fulfilment.

It could be said that God’s will is being done on earth whenever it is done in the life of an individual. This is obviously not the completion of God’s will on earth. But as the Russian writer Alexander Solzhenitsyn said, in the context of Soviet totalitarianism: “One word of truth outweighs the world.” So perhaps we could equally say, “One person whose will is wholly given to God outweighs the world.”

What does it mean for God’s will to be done in one’s life? We can never wholly know, and it would be arrogant to assume that God’s will is wholly done in my or anyone else’s life. But we can have the intention, the set of the will. And then, perhaps occasionally, God’s will, God’s grace, can act through us.

We can speculate as to what it would really mean for God’s will to be done on earth as it is in heaven. What would it mean for poverty reduction? The environment? Climate change? The global economy? Eradication of disease? Family life and relationships? Community relations and the partnership of civilizations? James Jones, the Bishop of Liverpool, writes: “The doing of God’s will on earth as it is done in heaven requires us to challenge unjust structures, political and economic, and to insist on fair trade and sustainable methods of food and fuel production. The earthing of heaven requires it.” (Jesus and the Earth, SPCK, 2003)

One thing is clear: each of us has a choice, between materialism and hedonism or spiritual values and conscience-based decisions—a choice which determines not just our personal destinies but also the survival of the planet. When we pray “Thy kingdom come; Thy will be done on earth as it is in heaven”, what in effect we are saying is, “God, touch my life; and don’t just be a part of my life but be the central motivation of my life. Help me to find your calling for my life.” Nothing else, no other relationship, is as important.

Michael Smith’s new book, “The fullness of life: reflections on the Lord’s Prayer for today’s world”, is published by Initiatives of Change, priced £5.