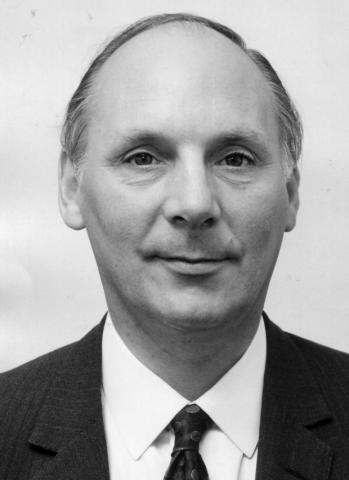 NEVILLE COOPER was the founder and first chairman of the Institute of Business Ethics (IBE), which was established in 1986 to encourage high standards of business behaviour and the sharing of the best practices. Cooper was always much more interested in practice than rhetoric. He was convinced that integrity was a prerequisite of good business practice, and dismissed the popular notion that “business ethics” was an oxymoron.

The IBE grew out of the Christian Association of Business Executives of which Cooper had become chairman in 1985. He was seeking an appeal to ethical values that would bridge faith and cultural backgrounds. Cooper believed that the IBE’s biggest contribution was to ensure that major British companies have clear and detailed written codes of ethical conduct. In this the IBE was responding to the task urged upon it at its introduction by the then Director- General of the Confederation of British Industry (CBI), Sir Terence Beckett. Then, only one in six leading companies had a written code. Now one in two has.

Neville John Cooper was born in 1924, the son of a Yorkshire engineer and businessman. He was educated at Sherborne School and read engineering at Queen’s College, Oxford. He later completed the British Advanced Management Programme at Harvard Business School.

A formative experience came early when he was recruited by British Oxygen with a remit to transform industrial relations and improved trust and co- operation with trade union leaders.

In 1964 he married Barbara Jardine, whom he had met through their involvement with the Moral Re-Armament movement.

Cooper was executive director of Standard Telephones and Cables in the early 1970s, at a time when the company had to close a Northern Ireland factory. Informing its employees well in advance, the management enabled them to offer themselves as a skilled workforce to other employers by producing brochures, paid for by the company.

Cooper became vice-president of ITT UK, the British arm of the American telecoms group, in the mid-1970s and chairman of European Electronic Systems. He also created the Top Management Partnership in 1972 to provide a network of chairmen and chief executives. It was his belief that top business people could often help each other better than management consultants.

Cooper was the author of several publications, including the Cooper Report entitled School Industry Links (1981) on education and industry, commissioned by the Secretary of State for Education and Science. He was a member of the governing council of the CBI, 1985-86.

Though Cooper was an Anglican, in 1994 the Vatican recognised his contribution to business values by conferring on him a knighthood of the Order of St Gregory the Great. The citation described his work as “the leaven in the dough of the business world”.

A keen theatregoer, Cooper was chairman of the Friends of the Westminster Theatre when it was owned by Moral Re-Armament. He was also a member of the Magic Circle for 46 years, and was elected to the Inner Magic Circle in 1995.

He is survived by his wife and two daughters.

This article first appeared in The Times on 23 October 2002.