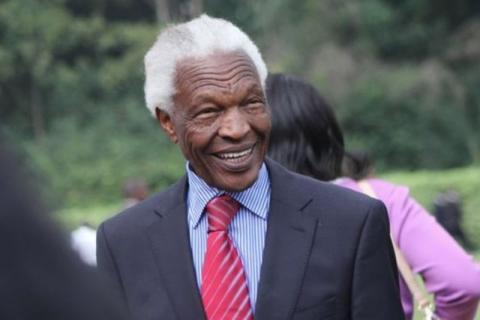 The heads of state of Kenya, Tanzania and Uganda are due to meet in Arusha, Tanzania, on 30 November 2000, to officially inaugurate the East Africa Community. If all goes well, it will be a major step towards co-operation between the three countries. There are ambitious plans to create a customs union and even eventually full monetary union. These will be negotiated by a new East Africa legislative assembly in Arusha, with 15 members from each of the national parliaments. Other nations, including Rwanda, Burundi and the Democratic Republic of Congo, may join later, signalling an end to conflicts in the war against poverty.

If the experience of the European Community is anything to go by, it will require all the patience and diplomatic skills of the negotiators involved. An earlier East African community in the 1960s, which included a single currency, fell apart. Even now there are fears that Tanzania's fledgling industrial base will be swamped by Kenya's, for instance. The proposed free-trade area is at least four years away.

The Kenyan diplomat Bethuel Kiplagat is particularly gratified by the EAC treaty. As Permanent Secretary to the Ministry of Foreign Affairs in the 1980s, he worked tirelessly to build Kenya's relations with her neighbours. A tall and gracious man with an aura of authority, Kiplagat served as Ambassador to France, where he had studied at the Sorbonne, and then as High Commissioner to the UK from 1981-83. Though he left the civil service in 1991, he has continued to work for reconciliation through the World Council of Churches.

When he became the foreign ministry's senior civil servant in 1983, Kiplagat's first act was to call his staff together to work out priorities. 'At the end of the meeting I had my vision,' he recalls. 'I held a deep conviction that we could not develop as a country or a region unless there was peace.'

At the time relations with Tanzania, in particular, were tense. The border had been closed for six years and Tanzania was demanding financial compensation from the collapse of the earlier EAC. The sums involved were in dispute. Presidents Arap Moi of Kenya and Julius Nyerere of Tanzania were due to hold a summit meeting.

Kiplagat was the new man on the negotiating team. Others were all for taking a hard line. But he held out for reconciliation, believing that it would pay dividends. 'If we have to pay money let us do so. We will gain it back through trade,' he argued. 'What is the difference between three and five per cent if we can have better relations and begin to trade with our neighbours?'

In the event an agreement was signed and the border reopened. 'Since that time,' says Kiplagat, 'Tanzania has been our closest friend and neighbour.' Over 30 per cent of Kenya's external trade is with her neighbours, he says, and the two nations have been able to cooperate on environmental concerns, including the management of the Masai Mara nature reserve which straddles the two countries on the Serengeti Plains.

Kiplagat's reconciliation work grew out of his earlier experiences with the Kenya Council of Churches, of which he became Deputy General Secretary in 1971. When President Idi Amin expelled thousands of Ugandan Asians in 1968-69, many flooded into Kenya. The Council of Churches set up a community relations department to ease tensions between Africans and Asians. 'We organized weekends where people would talk frankly with one another about prejudices which existed. We travelled all over the country bringing in people from different tribes.'

Then there were the fears of the ethnic Somalis living in north-east Kenya, in the aftermath of an undeclared four-year border war between Somalia and Kenya in the 1960s. Kiplagat was at the forefront of a programme to reassure them that there would be no revenge and that the government would not treat them as second-class citizens.

But relations between Nairobi and Mogadishu remained tense. So when Kiplagat was made Ambassador to France in 1978 he immediately got in touch with the Somali Ambassador. 'After 45 minutes he warmed up and we both worked on our respective channels.' Back in Nairobi in 1983 he also befriended the Somali Ambassador there. These and other contacts lead to a breakthrough and the Somali President, Siad Barre, invited President Moi of Kenya to Mogadishu to sign a border agreement.

In 1987, Kiplagat had an unexpected approach from a Mozambican, visiting Nairobi from the 'diaspora' in the USA. He wanted Kenya to be involved in negotiating a cease-fire in the 10-year civil war in Mozambique, between the government and Renamo rebels who had gained control of large parts of the country. Kiplagat tried to discourage him, especially as the two countries were not neighbours, but he persisted.

Kiplagat was due to see President Moi on other matters the following day and casually told him about the Mozambican. To Kiplagat's surprise, Moi encouraged him to pursue the matter.

Kiplagat's first step was to approach Mozambique's President Joakhim Chissano in Maputo, who regarded the Renamo rebels as bandits supported by South Africa and the earlier white regime in Rhodesia. He asked Kiplagat to take a message to the Renamo leaders in the bush, calling for a cease-fire. Easier said than done: it took Kiplagat nine months to reach them. Two of his first contacts, Mozambican diplomats who had defected to the rebel cause, were mysteriously killed in a car accident. Eventually he went into the rebel-held area through Malawi, accompanied to the border by a Zimbabwean missionary taking bibles to one of the rebel camps.

The rebels took him up river, a two-hour canoe ride, to their village stronghold. They were eager to have the bibles and this surprised Kiplagat. 'I did not expect to find such deep spiritual conviction. I had been told that Renamo guerrillas committed atrocities.' A Renamo delegation was waiting for him, having walked for eight days from their headquarters, eating and sleeping with the villagers. Again this astonished Kiplagat as he had a picture of the guerrillas massacring the population. He was equally surprised that they were ready for peace talks. 'We had a wonderful two-day meeting. They wanted freedom of religion, the restoration of churches and democracy. I wondered how it was that the government had painted such a different picture, of these being the worst kind of humans?'

Kiplagat reported back to President Chissano, who sent him back to the bush to continue talks. But Kiplagat was concerned that the outside world was only getting the government's view. 'I began to make contact with African and Western diplomats. I also chaired a meeting between the guerrillas and the church.' The international community needed to know that 'this was not just banditry, they were being supported by the population'.

The diplomatic community began to put pressure on Chissano to negotiate a peaceful settlement with Renamo. Meanwhile Kiplagat invited the Renamo leader Alfonso Dhlakama for a series of meetings in Nairobi. 'I believe those long hours of talks as human beings, encouraging the leaders to reconcile, to walk towards peace, helped the process.' Kiplagat emphasized throughout that the only way to peace was through free and fair elections.

When these did come in 1994, following a peace treaty in 1992, Renamo lost the elections and the governing Frelimo coalition remained in power, with a majority of just seven in parliament. Dhlakama accepted the result and the peace has held ever since. Kiplagat points out how rare it is for a guerrilla leader to accept defeat graciously.

Now Kiplagat is working with the World Council of Churches in building relations between the warring factions in Sudan, to help bring an end to the nation's 30-year civil war. He believes 'there is a commitment by the people themselves' for this.

A supporter of a 'Clean Kenya' anti- corruption campaign, initiated by MRA, Kiplagat says that national leaders should have to declare their wealth, before and after taking office. 'Where there is trouble in Africa it has much to do with bad leadership,' he says. He himself has refused offers from European companies who wanted to 'bend the rules'.

At the heart of Kiplagat's motivation is his faith. He was brought up by a 'wonderful' family and describes his father, who died when Kiplagat was only 12, as a jack-of-all-trades: carpenter, maintenance man, farmer. His mother brought him up with 'a sense of affirmation and confidence'.

The people of Africa, he continues, 'should dig much deeper into their spiritual resources, to believe in themselves and that God is with them. I am not talking just in Christian terms but in a more generic sense.'

Though African nations are still working through the painful legacy of the colonial era, with all its humiliations, Kiplagat urges that Africans 'take full charge and ownership of the problems of this continent and not put the blame elsewhere. What is important to me is not asking who caused the problems but who is responsible for removing them. If the World Bank comes to help we will say thank you. But ultimately it is our responsibility.' For Kiplagat this is no idle talk. It is a conviction he lives to the full.

First published in For A Change magazine, 8 January 2000