Conflict or cooperation? Our future depends on energy supplies 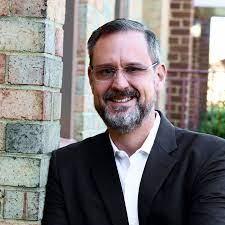 Energy supply expert Rick Westerdale repeatedly emphasized that there is ‘no magic bullet’ to meet the world’s energy needs. He was speaking about ‘the challenge of energy’ to an online webinar run by Initiatives of Change in Business and the Economy (ICBE) on 7 June. Instead, a variety of solutions are needed, at a time when global energy markets have been supressed, not least due to sanctions imposed on Russia following its invasion of Ukraine.

The supply of energy is ‘one of the most important topics which affect everyone today’, permeating all walks of life, said Westerdale, a former senior advisor on energy policy to the US State Department and a former senior executive with oil giant Exxon Mobile for 20 years. He is now General Manager and Principal of the project incubator Westerdale Holding LLC.

A billion people in developing economies are ‘without access to consistent supplies of energy,’ he said. They ‘still need abundant, affordable energy to achieve a standard of living comparable to developed nations.

‘While international institutions and the private sector are well equipped to manage risk, the unprecedented uncertainty created by COVID, followed by Russian aggression has created a difficult investment environment.’

He noted that ‘the impact from Russia's invasion of Ukraine will not be resolved quickly, with implications that will be felt for the next decade.’ Russia’s invasion and the Covid pandemic had ‘accelerated deglobalization’, interrupted energy supplies and led to huge inflationary pressures (11 per cent in the UK alone). The West’s response had led to ‘the most substantial set of sanctions we have seen.’ The price of gasoline was at a record high, with a 50 per cent increase in the US.

Alternative energy sources include increasing the use of hydrogen and renewable energy: solar, wind and tides—‘the lowest cost of energy with the lowest carbon footprint’—and conservation. Everyone had a responsibility to reduce their carbon footprint, from switching off unnecessary lights to conserving water. He had urged his daughters not to have long showers. ‘Energy and water conservation by each of us needs to be encouraged,’ he said.

His graph showed that, since 2010, there had been a 13 per cent drop in the use of coal in the EU and the UK, and an 18 per cent increase in the use of renewables.

He warned that, following sanctions against Russia, ‘there is no quick fix’ for Europe to replace the amount of natural gas imported from Russia. ‘Addressing Europe’s natural gas needs will take many years and cost hundreds of billions of dollars not previously budgeted.’ In January this year, Europe had seen the highest ever increase in the import of liquid natural gas from the USA. ‘This figure would need to almost triple to replace Russian natural gas,’ he said.

Alternative ‘wild card’ sources of energy could come from authoritarian regimes such as Iran, Venezuela and Saudi Arabia. ‘As countries grapple with climate change and carbon reduction targets, they seek to balance CO2 reductions against reliability and affordability of energy sources, thus creating a high level of consternation,’ he said.

‘The energy transition and focus on ESG (Environmental, Social and Governance) are here to stay,’ he said. ‘The debate over our response to global warming is one of the most consequential public policy debates taking place today around the world. The stakes are enormous.’ Global warming was already 1.2C higher than the pre-industrial revolution average, and close to the 1.5C Paris agreement goal.

• Energy sits at the nexus of economic development, national security, and environmental responsibility;

• While international institutions and the private sector are well equipped to manage risk, the unprecedented uncertainty created by COVID, followed by Russian aggression has created a difficult investment environment;

• There is no ‘silver bullet,’ we must address the nexus of energy in equal measures;

• To maintain energy security, we must acknowledge the role that hydrocarbons have played in our economic development and establish a way forward that is still compatible with our net zero ambitions.

Concluding on an optimistic note, he said that ‘energy can bring countries together as a source of cooperation and peace, for the common good.’