Britain needs to get its international anti-corruption act together 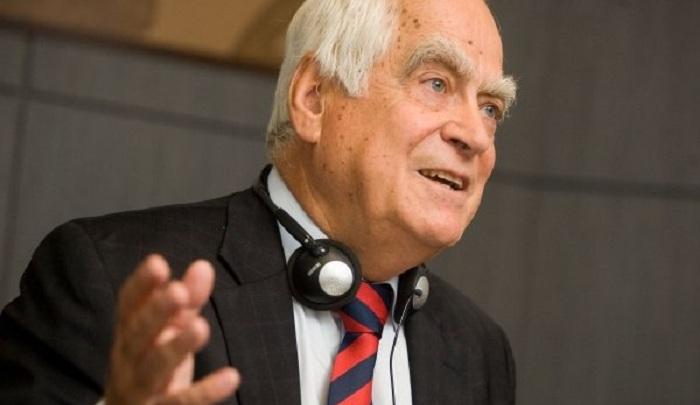 A ground-breaking agreement has been reached in the war against global corruption.

On October 1, the United Nations concluded talks on a new convention against corruption. A signing ceremony will take place on December 9 in Mexico, where President Vincente Fox has been one of the leading supporters of Transparency International or TI, the anti-corruption watchdog.

The date is being proposed to the UN general assembly as an annual international anti-corruption day.

Peter Eigen, TI's founder (above), said: "This is an unprecedented breakthrough." The convention was "a major instrument to push governments to live up to new international standards of integrity and good governance".

TI played an official part in the talks leading up to the UN convention. Mr Eigen had been a senior official with the World Bank in Kenya. But he was so incensed by the corruption that squandered resources under Daniel arap Moi's government that he resigned in 1991 and founded TI 10 years ago.

He returned to Kenya in July and, standing next to President Mwai Kibaki, addressed 400 people in Nairobi, six months after the elections that ousted Moi's corrupt regime. Grassroots "clean election" campaigns had helped in a revolt against repression and corruption.

Kenya is cleaning out the Augean stables, including sacking 35 public procurement officials recently for awarding themselves building contracts, and dismissing the head of a corrupt judiciary. According to an opinion poll conducted for TI in Kenya, 80% of Kenyans think their government is committed to eradicating corruption.

Last week TI published its ninth annual corruption perception index, CPI, ranking 133 countries according to how corrupt they are seen to be as assessed by 15 independent surveys.

However corrupt poor third world regimes are perceived to be - and many score badly on the CPI list - too often it is western business interests which perpetuate corruption, paying huge bribes to win contracts. To combat this, an earlier convention was drawn up by the world's richest countries, members of the Organisation of Economic Co-operation and Development, to outlaw the bribery of foreign public officials. The treaty came into force in February 1999, committing ratifying states to introduce national legislation.

Britain fares well on the CPI, ranked equal eleventh of the least corrupt countries, with Canada and Luxembourg, while Nordic countries top the list. And in TI's separate bribe payers' index, which monitors bribe paying in international trade, Britain is the eighth country least likely to offend out of 21.

Yet Britain's anti-corruption legislation is archaic, despite being updated under the government's Anti-terrorism Act of 2001, enacted after 9/11. This complies with the OECD treaty by outlawing foreign bribery. Yet, according to the police's national criminal intelligence service, there have been no prosecutions since the act came into effect in February 2002.

This hardly indicates that UK businesses have suddenly become lily white. In an opinion poll conducted for TI, 52% of respondents thought British businesses may still be affected by corruption.

The Home Office proposed new draft legislation last March. But both TI and a joint parliamentary committee chaired by Lord Slynn thought it too complex for businesses to know their obligations or for prosecutors and investigating bodies to implement. The legislation, as drafted, is a backward step.

"The police don't prosecute foreign bribery now, and would face additional hurdles if the draft bill is enacted in its present form," said Graham Rodmell of TI UK.

There is now a chance to make a redrawn corruption bill effective in time for parliament's next sitting. The government needs to do so if it is serious about the war against global corruption.

This article first appeared on The Guardian website on 13 October 2003.