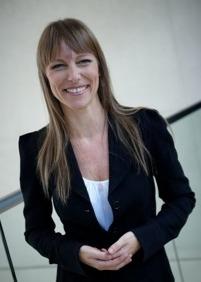 The new pioneers are those companies and organisations who are creating a whole new paradigm, a new motive, for business. The old ‘business as usual’ model simply isn’t working in a world where the gap between rich and poor is ever widening. The new paradigm emphasises CSR, not just in the traditional sense of Corporate Social Responsibility but much more in the sense of Corporate Sustainability and Responsibility, especially in a world of finite resources. This CSR includes concern for people, planet and profit--in that order. Get the first two right and the third will follow.

Ellis would find a fellow traveller in Pamela Hartigan, director of the Skoll Centre for Social Entrepreneurship at Oxford’s Said Business School, who argues that ‘all enterprise should be social’ in providing the goods and services the world needs. ‘You can no longer be an entrepreneur and simply dismiss the social impact of what you are doing,’ Dr Hartigan says (interview with Carly Chynoweth, The Times, 15 April 2011). Dr Hartigan argues that we should stop thinking of social entrepreneurs as being different from commercial entrepreneurs, as this makes them ‘poor cousins’.

Ellis’s book equally brings social entrepreneurship into the mainstream, though she emphasises key differences: ‘the business entrepreneur recognizes gaps in the economic system (business opportunities), whereas the social entrepreneur recognizes the gaps in the social system (social opportunities). The intention or motivation in terms of empathy and moral judgement as opposed to rational business actions is another distinction.’

Ellis’s book is a fascinating and encouraging tour de force of this brave new world. She peppers her narrative with case studies of businesses that are doing the right thing. Indeed, rather focusing on the bad guys, she is relentlessly upbeat in highlighting business as a ‘force for good’.

Thus we have the well-known examples of the carpet maker Interface, America’s most environmentally conscious company; Anita Roddick’s Body Shop, which since it was sold to L’Oreal has had a surprisingly positive influence on the latter’s whole ethos; and, when it comes to big bad banks, an alternative model is found in Triodos, which in the midst of the financial crash of 2008-9, ‘experienced renewed growth and an unprecedented interest in its sustainable approach to banking’.

Triodos builds on financing companies, institutions and projects that ‘add cultural value and benefit people and the environment with the support of depositors and investors who want a sustainable society.’ The bank has seen annual growth of 25 per cent over two decades and Ellis quotes Triodos’s CEO, Peter Bloom, as saying: ‘If nothing else, the financial crisis has taught us that it pays to choose sustainability.’

There are other stories that also need trumpeting. The Danish island of Samso of 4,300 inhabitants, for instance, has become known around the world as ‘Sustainable Samso’. The island is carbon neutral, produces 10 per cent more clean electricity than it uses, with the extra power fed back into the grid at a profit. Government officials from all over the world, writes Ellis, ‘are flocking to the now international showcase of renewable energy to gain inspiration for their own sustainable initiatives.’ It was all thanks to one man, Soren Hermansen, who persuaded the islanders, at meeting after meeting, to go green.

Ellis, an Anglo-Danish writer and specialist in social business trends, acknowledges that ‘we still have hardcore capitalists that work towards one goal only: to get the highest return on their investments irrespective of ethical considerations.’ But she also addresses behavioural change and claims that ‘there is a growing consensus that ethics and responsibility are necessities’ to run a business successfully. ‘And so, although spiritual values like honesty, integrity, fairness, compassion, personal growth, higher purpose, ethics and service to others are predominant in the new paradigm, they are also meeting the darker sides of our character like workaholism, foolhardiness, control, resistance to change, narrow focus and manipulation.’

‘So what can you do?’ she asks in conclusion. Whether pursuing a ‘grand plan’ or taking small incremental steps, we can all ‘start with ourselves’, she says, by consciously living according to our values. ‘For we can all contribute to a better world. We can all, within our respective spheres, be pioneers... If only we can find the courage to break new ground and make mistakes. If only we can find the will to persist until we succeed.’

The future sustainability maps, she says, ‘will be shaped by you and me.’

Foreword by Klaus Schwab, founder of the World Economic Forum

This article was first published in "Change for Better" magazine, India, July-September 2011.