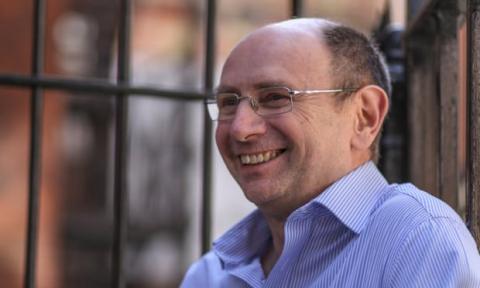 Thanks to his keen sense of humour, my friend Alan Dean, who has died aged 63 of a heart attack, had a large following among young people through his mentoring programme Burning2Learn, which he founded in Swanley, Kent, in 2005 (www.burning2learn.co.uk).

It offered work-related learning to several hundred young people, initially through construction projects, with the tag line “Motiving tomorrow’s adults today”. The aim was to build self-esteem, confidence and motivation. Alan became their mentor, champion, confident and sounding board.

He was a genuine “people person”—a giver of fun, laughter, warmth and an infectious zest for life. As alternatives to the classroom, he took the students to motor and superbike racing events, including Brands Hatch, Silverstone, Donnington Park, Imola, Monza, Misano, Laguna Seca, Phillip Island and Valencia. He used these trips as a way of subtly imparting maths, English and science skills. They met with Prince Charles through the Prince’s Trust. These were opportunities they could nver have imagined if it hadn’t been for Alan’s innovation and encouragement.

In 2006 they formed a B2L media team including writing conference reports, such as that of an international business forum in Caux, Switzerland, run by the faith-based movement Initiatives of Change, with which Alan was associated.

One of his B2L proteges, Maria Peters, remembers asking him what the secret of his family life was. He replied: “We have never stopped laughing.”

Alan was born in Croydon on 5 August 1958. His parents, Ken and Vi, ran a family grocery store called Ken Tea in Nunhead near Peckham.

Aged seven, Alan was diagnosed with a hole in his heart. He had surgery and made a full recovery. He went to Swanley Secondary School before joining his parents’ grocery business.

He founded Alan Dean and Associates in 1991, a construction company for commercial and residential properties in Swanley, Kent, and became Chairman of the Swanley Chamber of Commerce. He encouraged youngsters in local schools to consider the benefits of vocational careers, including bricklaying, plastering and landscaping.

He met Janet Izzard on the dance floor at a Saturday night club in Hastings in 1977. They were married in 1982 at All Saints Church, Sidley, Bexhill-on-Sea, on the day that Tottenham won the FAC Cup final.

In 1983, the Ken Tea Store morphed into a door and timber business, which grew into the construction company, employing six to 10 people. Their daughter, Rachel, was born in 1988.

Alan became a passionate advocate for the UN’s Sustainable Development Goals. He joined the Ecological Sequestration Trust and the Pivot Projects, both of which work for sustainability.

He collapsed and died at home on 23 April, just short of their 40th wedding anniversary.

He will always be remembered for his catch phrase at the end of every conversation: “You look after you.”

Alan is survived by Janet, Rachel and his younger brother David.

First published on the website of The Guardian, 5 July 2021